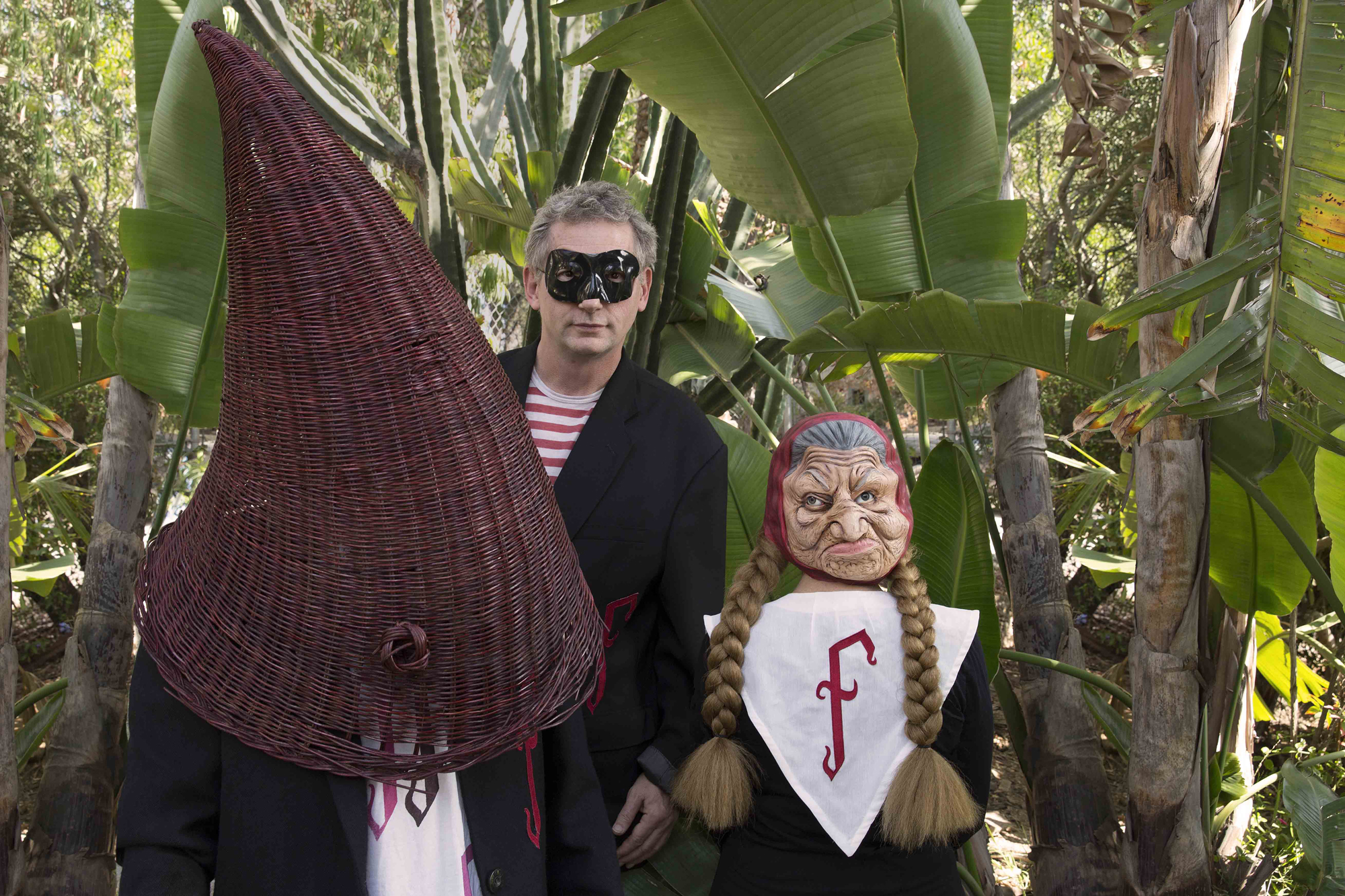 20 May F for Evermore – Live Performance

& In person: Marnie Weber and F for Evermore!

Marnie Weber creates works that are at once haunting and mundane, beautiful and dissonant. Ever exploring the American mythos and mining its history for alternate lore, Weber collages powerful women into dangerous, faux fairytale backdrops that nonetheless illuminate very real issues. Through a multiplicity of disciplines, but with a surprisingly consistent focus, Weber creates worlds that parallel our own while invoking hallucinatory cosmologies reminiscent of Hieronymus Bosch or H.P. Lovecraft. For over twenty years, she has chronicled these characters and their environments in moving images and Los Angeles Filmforum is proud to present a broad selection of Weber’s work, including excerpts from her as yet unreleased first feature entitled, Day of Forevermore plus a live performance by F for Evermore, which includes Weber, Doug Harvey, and Daniel Hawkins.

“Mixing mainstream with counter-cultural elements, but also inspired by classic westerns and Surrealism, Marnie Weber’s mythological world is populated with fantastic beasts and masked characters. … Her unique Surrealist lens is most trenchant in her videos, which she sees as ‘moving dreamscapes.’” —The White Review

Marnie Weber’s multidisciplinary practice encompasses performance, film, video, sculpture, collage, music, and costuming. By combining her own mythology of creatures, monsters, animals and female characters on film and stage sets,she creates her own fictional narratives of passion, transformation, and discovery. Weber creates uncanny worlds that exist in a realm between fantasy and reality, and invites viewers into an exploration of the subconscious. Using fairytale-like imagery, she places women in positions of power and primacy creating a backdrop as a site of transformation and magic. Grounded in performance art before moving into filmmaking and later large-scale installations, Weber has had an ongoing practice of making collages, music, and limited edition records as an art form; all of these media carry a homemade, intentionally naïve aesthetic that continues throughout her work. She has had solo shows, video screenings and performances throughout the U.S., Asia and Europe, and has had a retrospective of her work at Magasin in Grenoble France. Upcoming exhibitions include a large-scale installation at Mattress Factory, Pittsburg this summer, a video screening at the Mykonos Biennial, the Lyon Biennale and a survey exhibition at MAMCO (Musée d’art moderne et contemporain), Geneva in 2016.

F for Evermore is a Los Angeles art-rock supergroup whose motto is “Simplicity Through Noise” and who have developed a practice rooted in improvisational ensemble playing using electric guitars (played with rubber mallets and other extended as well as traditional techniques) and vintage synthesizers, in various combinations of three. Their debut album Fauxmish was released Sept 2, 2011. The members are established artists in their own right: Daniel Hawkins, Marnie Weber, Doug Harvey, and on occasion Dani Tull.

On this special occasion F for Evermore will be performing a live score to a sneak peek of excerpts from Marnie Weber’s up coming feature length film A Day of Forevermore.