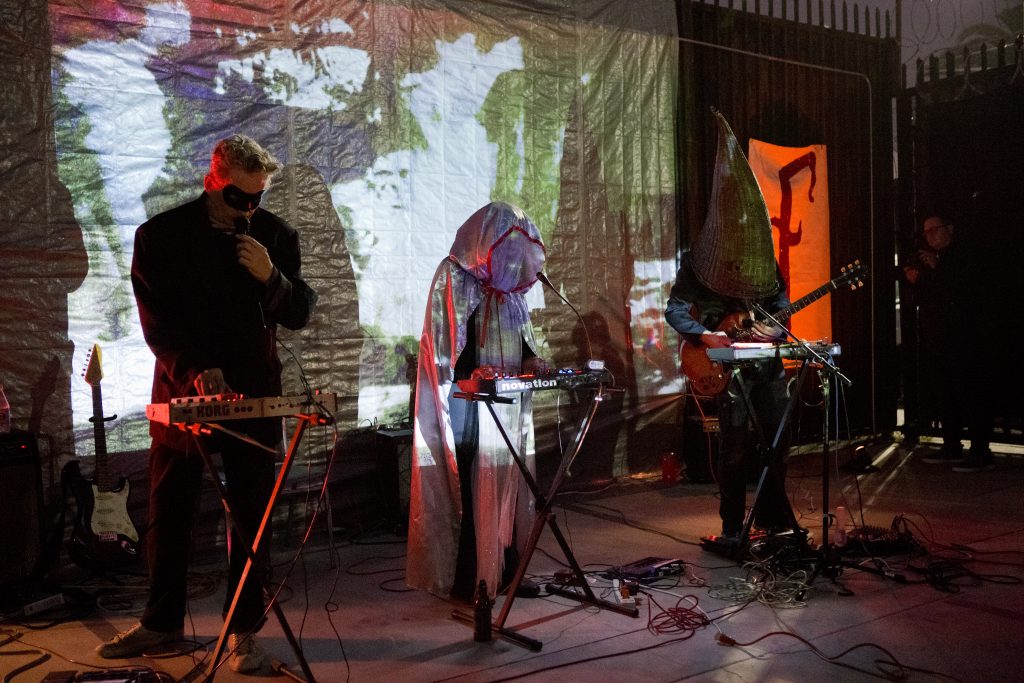 is a Los Angeles art-rock supergroup whose motto is “Simplicity Through Noise” and who have developed a practice rooted in improvisational ensemble playing using electric guitars (played with rubber mallets and other extended as well as traditional techniques) and vintage synthesizers, in various combinations of three. Their debut album ‘Faüxmish’ was released Sept 2, 2011. F  are Marnie Weber, Daniel Hawkins, and Doug Harvey. 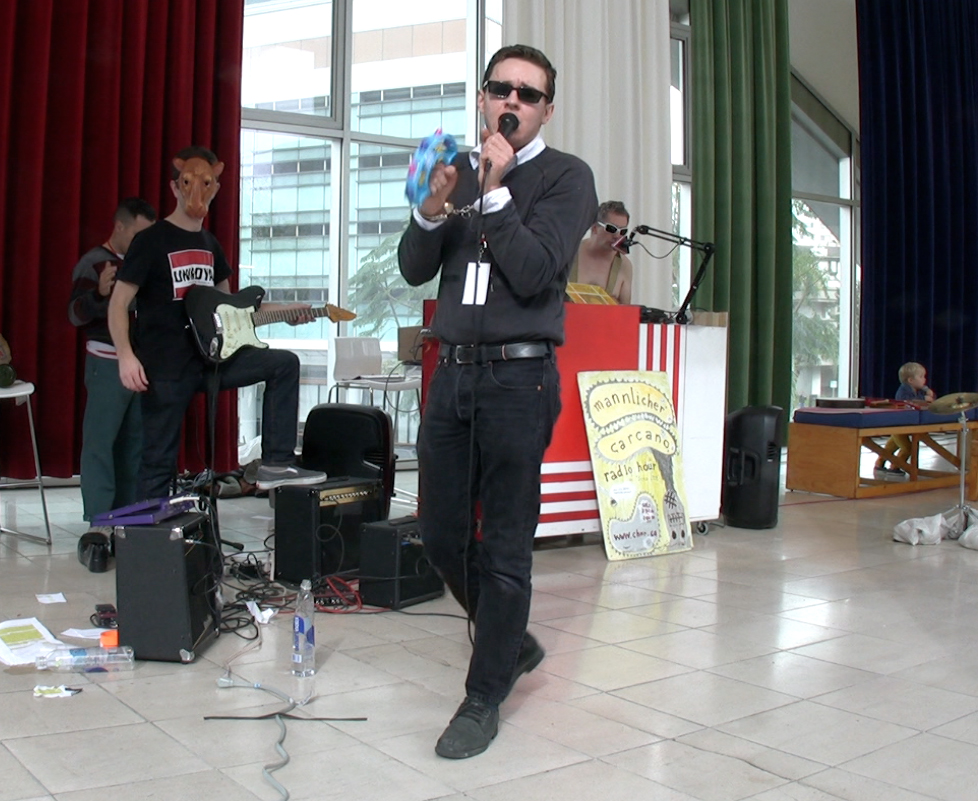 is an experimental, improvisational audio collage group who have been working together since 1987, creating performances, recordings, installations, and radio art. They produce a weekly radio and web-cast, The Mannlicher Carcano Radio Hour. The group has released over 50 cassettes, CDs, CDRs, and vinyl recordings, and archived hundreds of mp3 radio transcriptions.